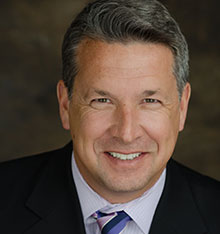 Over the course of his career, executive search professional Jason Hanold has developed considerable expertise in leadership competency analysis and corporate culture matching. He currently serves as Managing Partner of Hanold Associates LLC, located in Chicago. Focusing on the recruitment of board and executive committee members and human resources officers, Jason Hanold founded the company in 2010 following the receipt of his Master of Science from Northwestern University. Prior to founding Hanold Associates, Mr. Hanold held management positions with several executive search and consulting firms. From 2005 to 2010, he served as Managing Director of Human Resource Officers Practice for recruitment firm Russell Reynolds Associates in Chicago. Prior to this, he successfully placed executive personnel on behalf of firms such as McKinsey & Company and Deloitte Consulting. Jason Hanold has participated in human resources and executive placement projects for a number of high-profile companies, including The Coca-Cola Company and Google. In addition to placing executives in numerous national and global leadership positions, Mr. Hanold has also recruited human resources officers for positions with Orbitz, LLC; ServiceMaster; CNA Financial; Abbott; and several other well-known corporations.

An avid mountaineer, Jason Hanold sits on the Board of Directors of Big City Mountaineers (BCM), a nonprofit that organizes outdoor challenges for urban youth. He has also contributed to the organization as a participant in its Summit for Someone program, in which sponsored adult climbers scale world-class peaks on behalf of BCM participants. In his free time, he enjoys expedition and alpine mountaineering and a variety of other outdoor activities.